A strong finish begins with a strong start. If you’d like to boost your yield potential, take a look at ProfitCoat Organic, a powerful biological seed treatment from ProfitProAG.

When Jonathan Olson, an organic grower from Cottonwood, MN, heard about the advantages of ProfitCoat Organic, he was willing to put it to the test on some of his acres. Seeing is believing, Jonathan says. Not only has he used ProfitCoat Organic for more than 10 years, but he’s now a ProfitProAG dealer who works with organic producers in his area.

As Jonathan continues to put in test plots with different hybrids with and without biological seed coating, ProfitCoat continues to shine. When I visited Jonathan in August of 2020, we walked the fields and compared treated and non-treated corn in his test plot. Of all the plants from the hybrids Viking O.84-95 and Viking O.85-00 that were dug, the plants with ProfitCoat had a larger root system, more root hairs and a larger, rounder stalk, which indicates a healthier plant. The plants with ProfitCoat also were greener than those that were untreated or treated with another seed treatment called Resid. When we looked at the kernels around the ears, the ProfitCoat had 20 kernels around on the O.85-00 and 18 around on the O.84-95. The Resid only had 18 around on the O.85-00, as well as on the O.84-95. The untreated corn had only 16 kernels around the ear on the O.85-00 and O.84-95. When combining all of the ProfitCoat + NB yields vs. the control, there was an increase of 8 bu/A with a high of 25 bu/A.

I began using ProfitProAG organic seed treatments (Organic PCPB + OSI) several years ago. For my 2019 soybeans, I planted 1.5 acres of non-treated by accident (forgot to add treatment to the seed box). All seed was the same and planted on the same day. The ground was the same type of soil, same rotations, and within a hundred yards of the treated soybeans. Both fields had just been in a diverse cover crop that had been inoculated for bacteria. The fields looked very promising and healthy throughout the year, however, I began to notice more blooms and more pods on the treated soybeans. The proof was at harvest. The non-treated field averaged 40 bushel an acre and the treated 56 bushel per acre. At $18 a bushel for organic beans the added expense was well worth it. 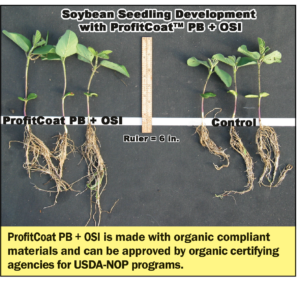 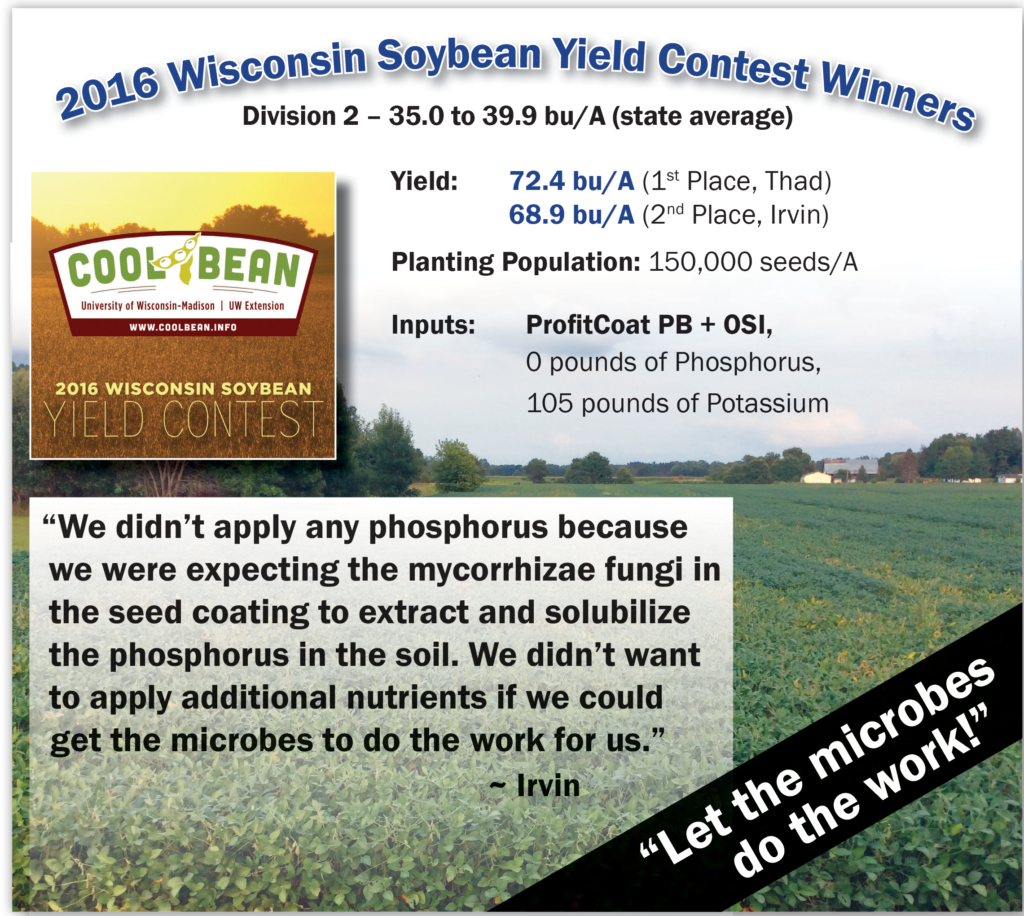 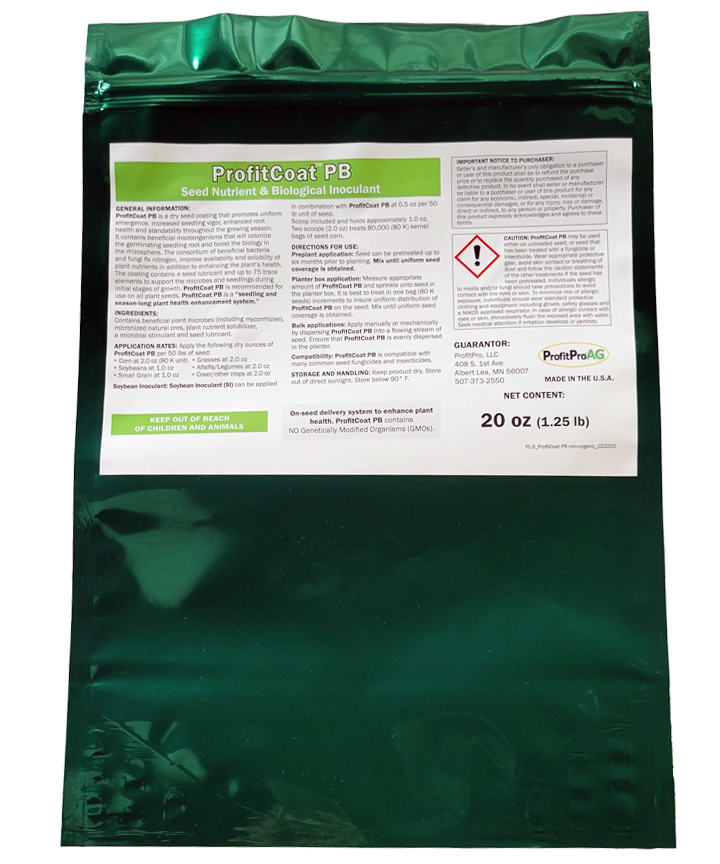 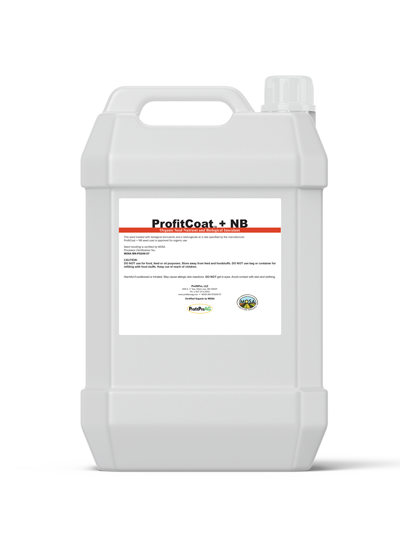 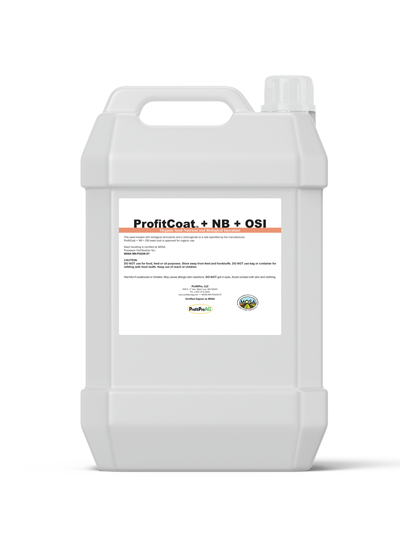 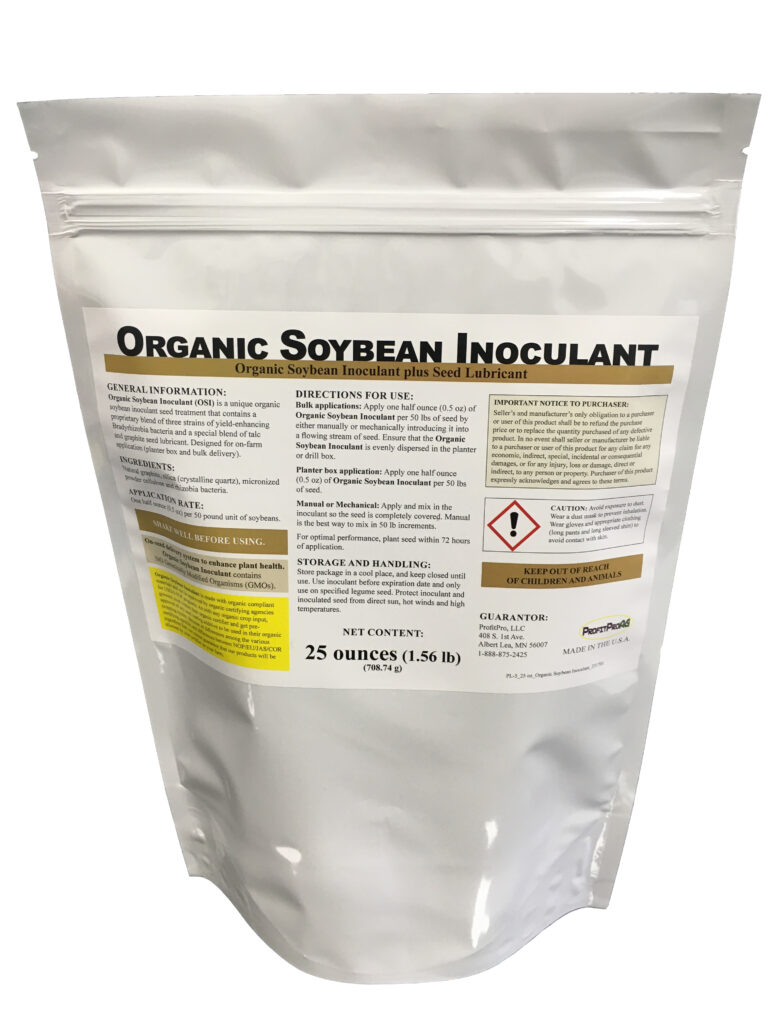 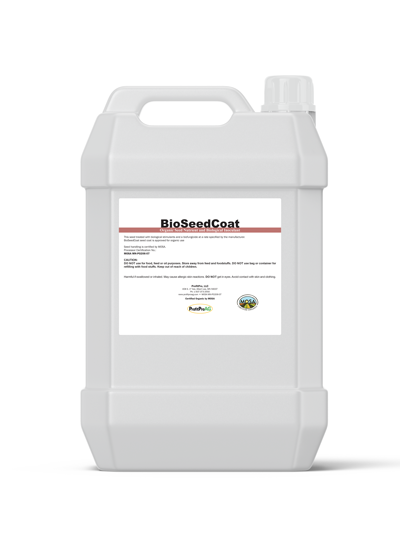 Want to learn more about these products? Contact us today!